Every signatory has agreed that drug resistant infections must be tackled as a priority. The nations have committed to:

Drug-resistant infections pose the biggest threat to modern medicine. Currently it is estimated that more than 700,000 people die annually due to drug-resistant infections such as TB, HIV and malaria, but because of the lack of global data, it is feared that the real number is likely to be far more. By 2050, if left unchecked, drug-resistant infections will kill 10 million people a year and cost the worldwide economy $100 trillion. Chemotherapy would not be possible and even simple surgeries, such as hip operations, could be become life threateningly dangerous.

This Declaration is the culmination of six years of hard work and I am extremely proud that every UN member state is now engaged in the enormous task of tackling the greatest future threat to our civilisation.

Drug-resistant infections are firmly on the global agenda but now the real work begins. We need governments, the pharmaceutical industry, health professionals and the agricultural sector to follow through on their commitments to save modern medicine.

The UN Secretary General will now convene a group including UN agencies to accelerate action and report back in two years. 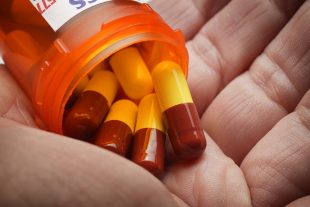 Antimicrobial resistance is perhaps our biggest global health threat – it could nullify the progress of over a century of modern medicine and kill millions.

So I am proud that this country has led the charge and rallied the international action necessary to tackle the problem. We are determined to build on our domestic achievements – thanks to the hard work of NHS staff, hospital acquired infections have been halved, and GPs prescribed 2.7 million fewer items this year compared to last – but we’ll couple that with global leadership as together we face up to a huge challenge.

The Declaration builds on the important commitments made by G20 leaders earlier this month to consider how to stimulate research and the development of new antimicrobial products.

The UK will lead the way in the efforts needed to tackle this worldwide health threat. Global Britain has a proud record of helping to stop epidemics through the distribution of life saving medicine and we will support the global work needed to prevent the rise of drug resistant diseases.

It is in our national interest to ensure we live in a world where security and prosperity are a right and responsibility for all. To ensure the dangers of drug resistance are met, we need a comprehensive approach from the whole UN system, from international governments and from the private sector. Disease knows no borders which is why the UK will be at the forefront of the international action needed to prevent its rise today and in the future.

The UK has been at the forefront of the international campaign leading up to this meeting and to mark this moment yesterday co-hosted a high profile ministerial event with Kenya, South Africa, Australia, Argentina and Japan.

In his global review on AMR, Lord O’Neill called for a $2 billion investment in global innovation funding to tackle AMR by 2020. At the event, governments from around the world agreed to coordinate their collective AMR funding for maximum impact,  together this funding totals more than £600million[1] (USD 790 million), approaching halfway to the final ambition set by Lord O’Neill.

This included the UK’s £369 million commitment to International AMR programmes in the last two years. Other commitments include £41.6 million international investment by the Joint Programming Initiative on AMR, the GARD initiative based in Geneva, significant global investment from the US through their £189m CARBX project, and the “Roadmap for Antibiotic Discovery” developed by the Pew Charitable Trusts.

To tackle this urgent problem there is no time to duplicate effort, so Governments, philanthropic funders and research organisations committed to working together at the highest level to ensure that these investments are made in the most coordinated and effective way, to get maximum impact for the public as rapidly as possible. This coordination is crucial to ensure funding covers all the areas of greatest need such as TB and that money is available where it is most needed, for instance in applied research to bring products to patients.

The event brought together international leaders, foreign ministers, finance ministers and the pharmaceutical industry to discuss innovative ways of incentivising the development of lifesaving antimicrobials, preventive treatments such as vaccines, and better diagnostics.

Key announcements from the UK co-hosted event include:

Antimicrobial resistance is one of the most critical global challenges we face and it will not be solved by one country acting alone. That’s why the UK Government is determined to be at the forefront of international efforts to work together to reduce the need to use antibiotics in people and animals.

We need farmers around the world to understand that when they reduce the amount of antibiotics they use in animals, they help keep them effective for future generations of animals and people.

The rise in drug resistant infections is a disaster at all levels - from the loss of 700,000 lives each year, to the crushing burden it places on health systems around the world. This declaration must mark the turning point in averting this escalating threat to global health security.

Drug resistant infections do not respect international borders and to tackle this problem we need all nations to be on board. Each and every country must now identify what actions they can take to address drug resistance. And there must be a mechanism to ensure that nations are helped when needed and held accountable.

As part of this action, Wellcome and other research funders must give our full support to research that’s needed to understand the causes of and solutions to the problem.

It’s crucial that these declarations result in measurable actions to stem the impact of drug resistance.  We can now look to the G20 to maintain momentum on this issue.

Several of these groups are already meeting to synergize opportunities, avoid duplication of research efforts, to share information and coordinate their high level objectives. In the future, the Wellcome Trust offers to play a convening role to help facilitate an effective exchange of information and collaboration between these groups where relevant.