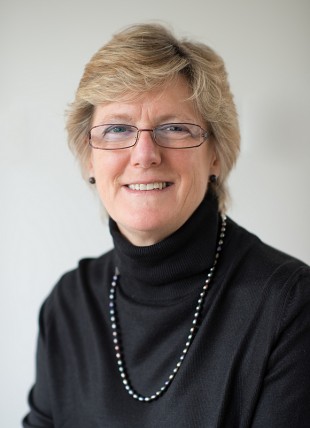 Dame Sally Davies and fellow UK Chief Medical Officers have published new guidelines for alcohol consumption and warn that drinking any level of alcohol raises the risk of a range of cancers.

Also published today is a review by the Committee on Carcinogenicity on alcohol and cancer risk.

The full extent of the links between alcohol and cancer were not previously understood when the original guidelines came out in 1995. The risks start from any level of regular drinking and rise with the amount being drunk. The new guidelines have been set at a level to keep the risk of mortality from cancers or other diseases low.

The new advice follows a detailed review of the scientific evidence since the previous guidelines in 1995. Work on the review has been underway since 2013, led by a panel of experts in public health, behavioural science and alcohol studies.

The review also found that the benefits of alcohol for heart health only apply for women aged 55 and over. The greatest benefit is seen when these women limit their intake to around 5 units a week, the equivalent of around two standard glasses of wine.

These issues have prompted the Chief Medical Officers to change the alcohol guidelines for men. To keep any health risks low, men should not drink more than 14 units of alcohol each week, the same level as for women. This compares with the weekly equivalent for the previous daily guidelines of 21 units for men and 14 units for women. Regularly drinking six pints of average strength beer a week would mean reaching the total of 14 units and remaining at low risk of illnesses like liver disease or cancer.

The Chief Medical Officers have also recommended in the new UK guidelines not to ‘save up’ the 14 units for one or two days - but instead to spread them over three or more days. People who have one or two heavy drinking sessions each week increase the risk of death from long term illnesses and accidents and injuries. They also recommend that a good way to reduce alcohol intake is to have several alcohol free days a week.

The guidelines for pregnant women have also been updated in England, Wales and Northern Ireland to be clear that no level of alcohol is safe to drink in pregnancy. The previous guidelines already advised pregnant women to avoid alcohol. However, in England, Wales and Northern Ireland they added that, if women did choose to drink, they should limit themselves to no more than one to two units of alcohol once or twice per week and should not get drunk. The new guidelines remove this caveat altogether to provide greater clarity as a precaution.

Drinking any level of alcohol regularly carries a health risk for anyone, but if men and women limit their intake to no more than 14 units a week it keeps the risk of illness like cancer and liver disease low.

I want pregnant women to be very clear that they should avoid alcohol as a precaution. Although the risk of harm to the baby is low if they have drunk small amounts of alcohol before becoming aware of the pregnancy, there is no ‘safe’ level of alcohol to drink when you are pregnant.

What we are aiming to do with these guidelines is give the public the latest and most up to date scientific information so that they can make informed decisions about their own drinking and the level of risk they are prepared to take.

For the first time, the guidelines also include advice on single episodes of drinking. To keep the short term health risks low the advice includes:

• Limit the total amount of alcohol drunk on any one occasion
• Drinking more slowly, with food and alternating with water

The expert group did consider a set number of units for a single occasion or day that people should not exceed in order to keep a low risk of harm. They did not recommend this in the final guidance, partly because the short term risks faced by individuals vary so widely.

However, the group also recognised that it can be easier to follow advice with a simple number rather than to follow more general advice. The Department is therefore consulting on whether there should be a guideline based on a number of units.

The group developing the new guidelines has been chaired by Professor Mark Petticrew, Professor of Public Health Evaluation at the London School of Hygiene and Tropical Medicine and by Professor Sally Macintyre, Professor Emeritus at the University of Glasgow.

This new guidance has been based on a wide range of new evidence from this country and overseas. We have reviewed all the evidence thoroughly and our guidance is firmly based on the science, but we also considered what is likely to be acceptable as a low risk level of drinking and the need to have a clear message.

I would like to thank all my colleagues involved in developing these guidelines and I hope people will be able to use it to make informed decisions about how much they drink.

On the same day as the updated guidelines have been published, the Committee on Carcinogenicity (CoC), has published its latest findings, which back up the significant links from alcohol to cancer outlined by the UK CMOs.

The CoC review has found that drinking even a small amount of alcohol increases the risk of some cancers compared with people who do not drink at all.

If alcohol intake is above about six units a day, or 42 units a week, there is an increased risk of cancer of the liver and pancreas.

The risk of getting cancer increases the more alcohol a person drinks. We found that between 4 and 6 percent of all new cancers in the UK in 2013 were caused by alcohol consumption. Limiting alcohol consumption, as recommended by the CMOs’ new guidelines, will help to limit the increase in cancer risk to low levels.

The CoC review also found that the risk of getting some alcohol related cancers gradually reduces over time when people stop drinking, but it can take many years before the risk falls to the levels found in people who have never drunk alcohol.

In response to the Committee’s report, Dame Sally Davies said:

Our review and the Committee’s research both point to a link between cancer and alcohol consumption, but we have taken into account a wider range of health outcomes in creating these guidelines. Taking all possible effects in combination, we conclude that limiting your alcohol intake to no more than 14 units a week is the best way to keep the overall health risks from alcohol low.

The UK Chief Medical Officers are:

1995 – Publication of ‘Sensible Drinking – The Report of an Inter-Departmental Working Group, the basis for current adult drinking guidelines.

The review considered whether we should continue to use the current UK unit of alcohol. It concluded that there was no easy way to make drinks more standard in strength and size. ‘If there is a better alternative to the UK unit, we have yet to hear of it.”

There are a variety of apps and tools available to help people understand the units of alcohol they drink. This is an example of  a tool.

The new guidelines for drinking will take effect immediately, although the wording of the guidelines is issued for consultation. Closing date for responses is 1 April 2016

The change in health guidelines does not affect the legal drink-drive limit.