On Thursday Health Secretary Jeremy Hunt will announce ambitious plans to improve safety and transparency within the NHS – to help build a safer service for patients seven days a week at the first ministerial-level Global Patient Safety Summit.

Speaking at the Summit, Jeremy Hunt will set out a range of new measures including an independent Healthcare Safety Investigation Branch and legal protection for anyone giving information following a hospital mistake.

These ‘safe spaces’ will protect those co-operating with investigations in a move to help clinicians to speak up and bring new openness to the NHS’ response to tragic mistakes. Families will get the full truth faster, staff the support and protection to speak out and the NHS will become better at learning when things go wrong and acting upon it.

Jeremy Hunt will also announce that from April 2018, expert medical examiners will independently review and confirm the cause of all deaths, as originally recommended by the Shipman Inquiry, and subsequently by Robert Francis following the events of Mid Staffs. If any death needs to be investigated and if there is cause for concern, appropriate action will be taken.

The current system has largely remained unchanged for over 50 years and leads to significant variations in the number of deaths that are investigated so reform is overdue. These changes will ensure complete peace of mind for the public and their loved ones so that if things go wrong, they are identified and further investigation facilitated.

A huge amount of progress has been made in improving our safety culture following the tragic events at Mid Staffs but to deliver a safer NHS for patients, seven days a week we need to unshackle ourselves from a quick-fix blame culture and acknowledge that sometimes bad mistakes can be made by good people.

It is a scandal that every week there are potentially 150 avoidable deaths in our hospitals and it is up to us all to make the need for whistleblowing and secrecy a thing of the past as we reform the NHS and its values and move from blaming to learning.

Today we take a step forward to building a new era of openness and the safest healthcare system in the world.

As part of the package, NHS Improvement will publish the first annual ‘Learning from Mistakes League’. Drawing on a range of data this will identify the level of openness and transparency in NHS provider organisations for the first time:

As part of his drive for a safer NHS seven days a week, the Health Secretary will also announce: 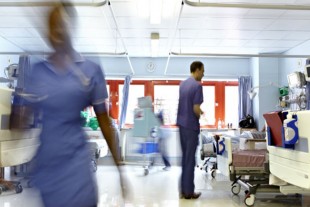 The two-day Global Patient Safety Summit will bring together Health Ministers, senior delegates and expert clinicians from across the world including Margaret Chan, Director General of the World Health Organisation.

Time and time again, we hear the promise that ‘lessons will be learned’ following reports about systemic failures and individual stories of avoidable harm and loss in the NHS. Yet, far too often, the same mistakes are repeated and meaningful learning and lasting change simply doesn’t happen.

If we are going to transform this, it’s clear that we need to do something different. Events at Mid Staffs and Morecambe Bay serve to highlight the devastating consequences of a culture that failures to learn.

These announcements are about saying ‘never again’ -  the measures announced are major steps that will help move the NHS towards the kind of true learning culture that other high risk industries take for granted.

To be high performing in today’s highly complex safety critical industries we need to be open to learning, open to people speaking up who disagree with us, and curious.  A learning culture isn’t a nice thing, it’s essential but if people can’t be honest because of fear, we can’t learn.

The principles outlined of a just culture which supports learning are exactly the principles that other high performing safety critical industries aspire to if they are to improve safety.

Healthcare has a long way to go but these measures are the first step of a critical journey.  We mustn’t tolerate gross negligence or willful acts, but likewise we need to recognise that the vast majority of clinicians come to work to do their very best, yet often are prevented from doing so by the very system they work within.