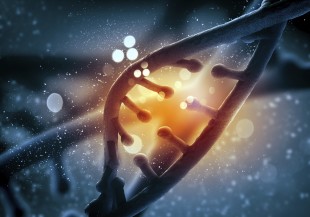 The fight against cancer will receive a significant boost after the first patients with the condition were recruited to the main phase of the UK’s revolutionary DNA-sequencing project, Minister for Life Sciences George Freeman MP has announced.

Cancer patients will now join those with rare diseases as part of the 100,000 Genomes Project, an ambitious initiative which aims to sequence 100,000 complete sets of DNA from around 70,000 NHS patients.

Speaking at the Festival of Genomics, the Minister also announced that the government has committed a further £250 million in funding for genomics as part of the recent Spending Review.

Launched by the Prime Minister in 2012 with over £300 million investment, the 100,000 GenoMInismes Project aims to better understand DNA and how it can predict and prevent disease, and launch a genomic medicines service in the NHS.

By recruiting cancer patients, scientists will be able to build more detailed understanding of how their DNA affects their susceptibility to disease and response to treatment. This has the potential to benefit patients here in the UK, and could also help in the global fight against cancer.

Genomics is the future of medicine and the sequencing of cancer DNA confirms why the UK is a global leader in this field. Over half a billion pounds has been invested in genomics to ensure that NHS patients continue to benefit from the prospect of better diagnosis and better treatments.”

The recruitment of cancer patients is a significant milestone in the revolutionary 100,000 Genomes Project. It will help to unlock our understanding of the causes of this devastating condition, make the UK a leader in genetic research, and provide better diagnosis and more targeted treatment for thousands of NHS patients across the UK.

Patients are being recruited through 13 Genomic Medicine Centres (GMCS) – specialist NHS sites selected across the country to deliver the project.

With a patient’s consent, a test is performed on their tumour which is then compared to healthy cells from a sample of blood and saliva. The testing happens alongside the normal care and involves a small sample of their tumour being analysed in much more detail by scientists.

As part of the project, scientists are conducting pioneering work to overcome the challenge of extracting enough DNA from the tumour that is of the right quality to be sequenced – a problem no country has solved – underlining the UK’s position as a world-leader in research and cutting-edge medical technology.

As a whole, the 100,000 Genomes Project can give potentially vital information about some of the world’s rarest and most devastating diseases, which not only benefits patients but also their families.

Chief Medical Officer, Dame Sally Davies, also announced that her annual report for 2016 will focus on genomics, addressing some of the emerging issues in the field.

The report is intended to provoke a series of conversations about genomics, and ultimately build more public understanding and trust in this revolutionary form of medicine.